Copper-Zinc Imbalance: Unrecognized Consequence of Plant-Based Diets and a Contributor to Chronic Fatigue

Originally published at Weston A. Price

A commonly reported consequence of vegetarian or vegan diets, or even diets that rely too heavily on plant foods, is chronic fatigue. Many sufferers subsequently embrace the principles enumerated by Weston Price, adopting a diet containing more nutrient-dense animal foods and fat; however, the fatigue often persists, even after considerable time on the new diet.

END_OF_DOCUMENT_TOKEN_TO_BE_REPLACED

Originally published on How I Recovered

If you research either vitamin D or copper enough, you’re bound to come across Morley Robbins contrarian views eventually. I tend to listen to people who seem to have deep knowledge in tightly confined areas especially when they say everyone else is wrong. So about a year ago, I stopped trying to take vitamin D and stopped giving it to my family because of Morley Robbins.

Ray Pete’s writings convinced me to stop taking fish oil at some point. Not much happened when I stopped and I’ve since restarted the fish oil, albeit at much lower doses. 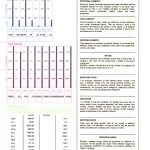 I don’t like feeling like the Lone Ranger so this year I consulted Rick Malter on my copper toxicity picture. Then for good measure I sought out Morley Robbins for a second opinion (my most recent HTMA on the right). Rick thought I was mostly on the right track but wanted me to be a little less aggressive with my copper detox because of the risk of cardiac arrest. END_OF_DOCUMENT_TOKEN_TO_BE_REPLACED